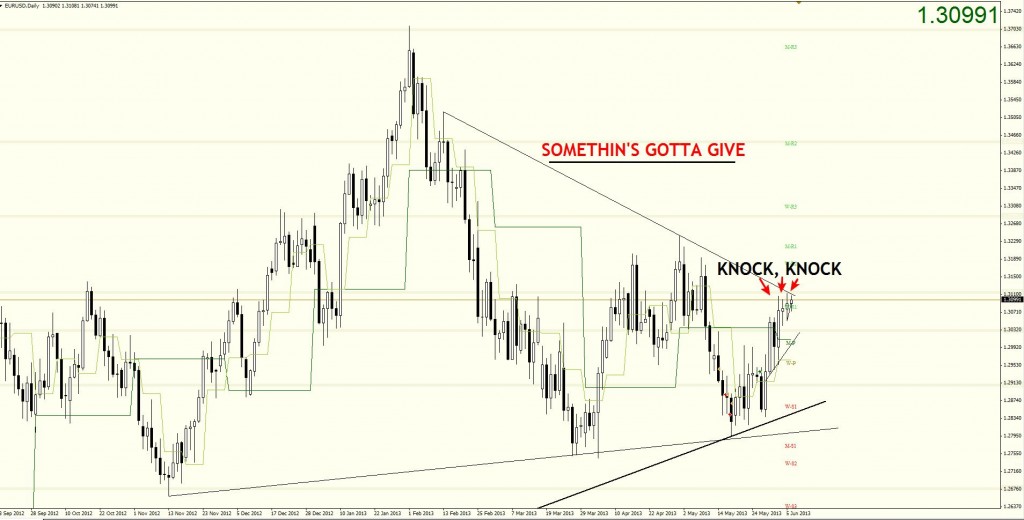 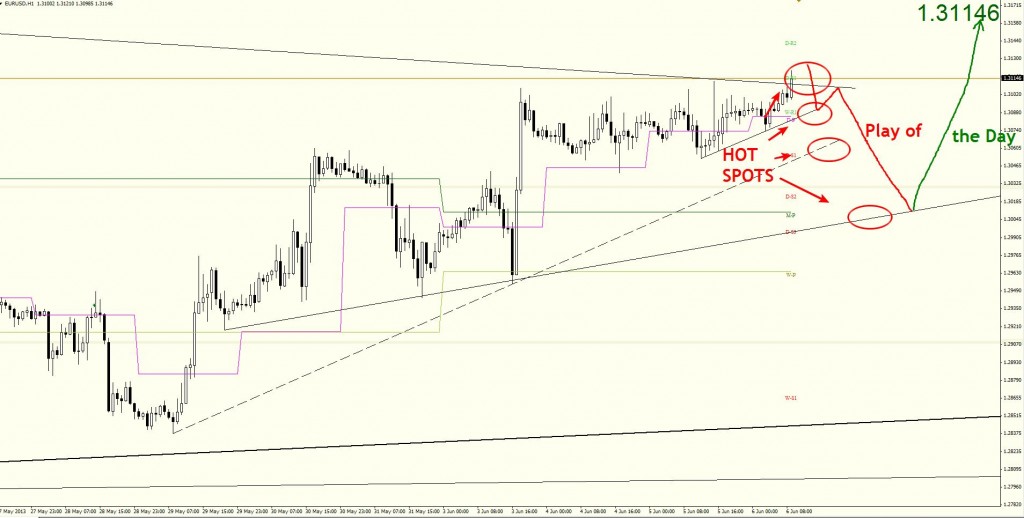 I believed EUR/USD would burst free of it’s range yesterday, as the big boys clamoured for pre- NFP positions – NOT EVEN CLOSE! In a repeat of the previous twenty four hours, the market resembled a tennis match as Price Action went over the NET (Daily Pivot) repeatedly, ranging a mere 60 pips. How good is our Strategy then, to capture the ONLY non news movement of the day and trade it to target – pretty damned good I’d say. Our secret Surfing The Pips entry signal came before London Open and our signal subscribers got the pips. In line with our Daily Brief, we placed a Long order shortly after our Short hit target, those who DIDN’T cancel (as they should have) would have been catapulted to target on that as well, on the Red News.

The only change to yesterday is that there have been many more tests of the 1.3100 psychological level - how many can it withstand? It would certainly appear that the market awaits a leader. Super Mario (Draghi – ECB President) gets his chance later today and of course the NFP announcement tomorrow will rattle things a bit. That aside, our Pivots are still mixed and already tested Daily (despite the consolidation) has snuck 120 pips from Weekly, suggesting not too much room for big moves North. I CAN see room for another 100 pips though and am finding it difficult NOT to see Ascending Triangles! http://clip2net.com/s/5bkOUl

With this much consolidation, it’s a 50/50 call for mine, which way the break will go. Again I slightly favour the Bulls but AGAIN, I’d like some pullback from the much tested Hi’s beforehand. It’s always the same however – we’ll trade our setups at our Hotspots.

Have a good one,