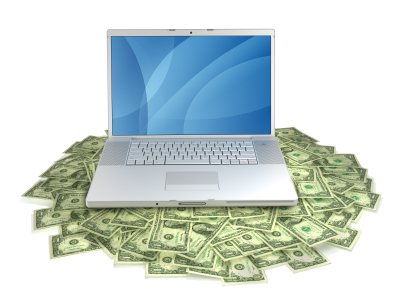 One unique aspect of this truly international market is that there is no central marketplace for it.

Rather, currency trading is conducted electronically over-the-counter (OTC), which means that all transactions occur via computer networks between traders around the world, rather than on one centralised exchange place.

The main players in the Forex market

As a beginner trader, it is essential that you know who the major players in the Forex market are…

Before the late 1990s, only the “big boys” could trade in the market.

You were simply required to have a starting capital of several millions dollars to enter the Forex trading game!

This is because Forex was initially just created for the banks and institutions. Then came along the Internet and everything changed…

Here are the four major players in today’s Forex game:

Because the Forex trading market is decentralised, the biggest banks of the world control and determine the currency exchange rates. These big banks are forming what is known as the “interbank market”.

They handle a mega amount of Forex trades each day on behalf of their clients and themselves.
Examples of these banks include UBS, Barclays Capital, Deutsche Bank, Citigroup, etc…

Large companies such as IBM, Google, etc… can also play a major role in the Forex trading market.

The volume of trades involving these large companies is much smaller than the interbank trades so these companies are usually clients of the big banks.

However, if IBM for example, wants to merge with another company in Asia, it must change US dollars into the local currency. These types of mergers and acquisitions can result in currency rate changes.

Governments and their central banks can also have a major impact on the currency rates. They are very heavily involved in foreign currency transactions, in order to make international trade payments and manage foreign reserves.

The market almost always reacts when the central bank of a “major currency” country (let’s say the US, the EU or Japan) adjusts interest rates for example.

There are also situations like the one when a government thinks their currency is under-valued or over-valued.

The central bank can then greatly influence the currency’s price by setting huge buys or sells of their currency to re-align the exchange rate.

The final and perhaps biggest major players in the Forex market are the speculators, just like you and me!

In fact, this group of traders constitutes about 90% of the volume of trade in the Forex market.

We do not do any underlying exchange of goods and services but play in the market looking for opportunities to gain from fluctuations.

Here, at http://SurfingThePips.com, we are in the Forex game, simply to make bucket loads of cash!!!

Continue to the next forex training lesson: Why Forex is the best market?